As American sports commentators love to shout when something remarkable happens, “ARE YOU KIDDING ME!?” But also, that was a terrible throw-out from the Philadelphia Union II goalkeeper. Still, a crazy goal to win a match (report here).

If you’re looking for a fun team to support Stateside, you could do a lot worse than Hartford Athletic, the only pro club based in Connecticut. For starters, they have a cool logo, the sort you’d find on an old university sweatshirt: 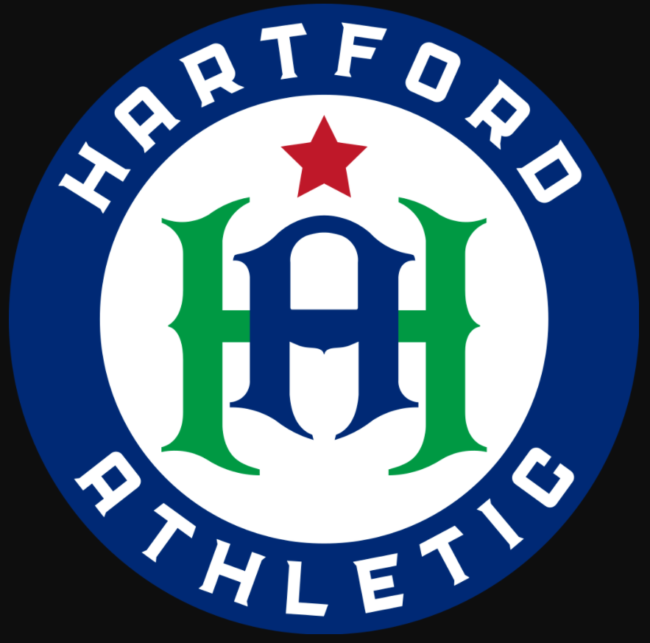 Their head coach is Radhi Jaidi – Bolton, Birmingham and Southampton fans will remember the big Tunisian, as he played at centre-back for all of them in the 2000s.

Their goalkeeper is Parfait Mandanda, who is the younger brother of Marseille legend Steve Mandanda, not to mention he sounds like a complicated but delicious dessert.

According to Wiki, the names of Hartford’s supporter groups are: The 19th Regiment, Mad Hat Massive, The Boonies, Elm City Casuals, East Side Rising, and Raza Brava. Let me into that Mad Hat Massive!

Also from Wiki: “The supporter groups use Bob Marley’s classic ‘Three Little Birds’ for the beginning of matches and when the opposing team scores a goal.”

Sold yet? I am. I’ve never supported a US club, but Hartford has my vote. Check out their official website for more info.

Anyway, I’ll leave it with you. But in general the USL (United Soccer League), which sits one tier below MLS, looks like a lot of fun – and I feel like there’s not a lot of fun left in Europe’s top leagues. I mean, just look at some of the other club names: Indy Eleven, Memphis 901, Pittsburgh Riverhounds, Austin Bold, Phoenix Rising, Tacoma Defiance, and not forgetting the classic Tampa Bay Rowdies… awesome scenes.