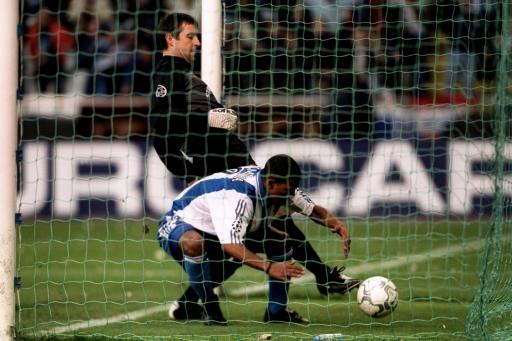 Read any Djalminha retrospective and the same words seem to crop up; brilliant, mercurial, elusive, tumultuous, profligate, turbulent – and it’s little wonder why.

Having intermittently illuminated Spanish football with his extrovert brand of grace and skill after arriving at Deportivo La Coruna in 1997 (including a starring role in their title-winning side of 1999/2000), Djalminha looked a shoe-in for a spot in Brazil’s 2002 World Cup squad right up until he pressed the self-destruct button two days before Phil Scolari was due to announce his final draft – headbutting Deportivo coach Javier Irureta during a training ground scuffle.

Djalminha rather unsurprisingly missed the cut, the Selecao won the tournament.

By way of ‘punishment’ for his insolence, the following season he was extradited on loan to Austria – a self-inflicted footballing sabbatical which proved to be the beginning of the end.

Feeling his age (he was 33/34) after a year in the wilderness, Djalminha fled for Mexico in 2004 with Club America, but retired after one season in Mexico City having played just a handful of games due to his continually lapse fitness – and that, as they say, was that.

It all seemed so transient but, for a spell at the turn of the 21st century, Djalminha – Deportivo’s artist in residence – glowed with a nigh-on unparallelled fluorescent shimmer, before falling apart at the hands of his own barely-concealed temperamental imbalance and fading almost entirely from memory.

That said, Djalminha’s brief flirtation with greatness was living testament to the fact that, while a strain of genius like his doesn’t necessarily need to be flawed to prevail, it’s so much more exciting when it is….