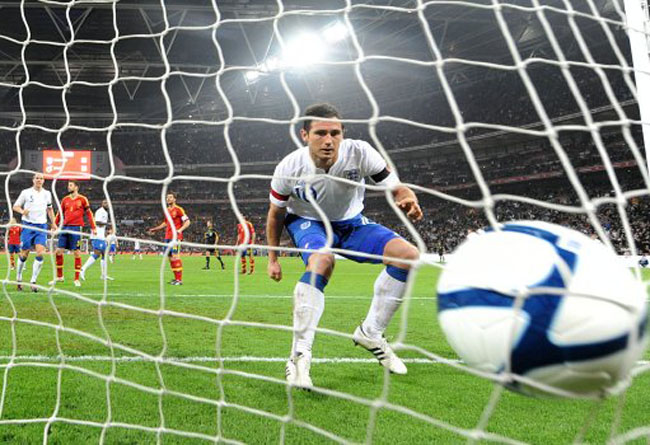 That headline is meant to be ironic, by the way. Anyway, while the run-up to his prestigious friendly against world-beaters Spain was polluted by the ridiculous uproar over Poppygate, the game itself was a comapratively dull affair.

Xavi and co. gave another example of their all-conquering, all-passing signature style, however, on this occasion England proved unconquerable, despite rarely venturing past the half-way line. Frankie ‘Lamps’ Lampard was the goal-hero for the Three Lions, nodding home after Darren Bent’s effort came back off the post.

Spain poked and prodded, but as the game wore on, they looked less and less likely to score, with England defending well. Cesc Fabregas, on his return to London, did miss a sitter late on, however.

Still, judging by the reaction of the English media to the result there are two ways of looking at the game – 1) England gave a superb performance in organisation and defence, and, having beaten the world champions, can now push on and mount a serious challenge in Polkraine in the summer or 2) this was a meaningless friendly in which England created almost nothing against a Spanish side who barely got out of second gear. In true fence-sitting style, I’ll go for something in between both those views. And I’ll also give Scotty Parker a pat on the back for a genuinely superb midfield performance.