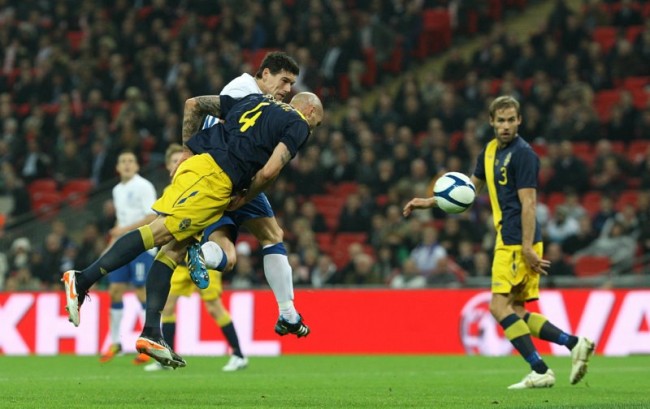 We’ll have some proper reaction up once we’ve cobbled it together later this morning but, rather than the obligatory draw, a largely second-string England actually beat Sweden for the first time since the year of our Lord 1968 (13 games if you’re counting) at Wembley last night – a 22nd-minute own-goal from centre-half Daniel Majstorovic (with a cunning assist from Gareth Barry) eventually proving to be the difference between the two sides.

Rightly hailed by Capello after the game, there were several promising performances from players in and around England’s fringes and, as an aside, wasn’t it nice to see some creation from open play for a change?

Any road up, as I say, we’ll have more later.