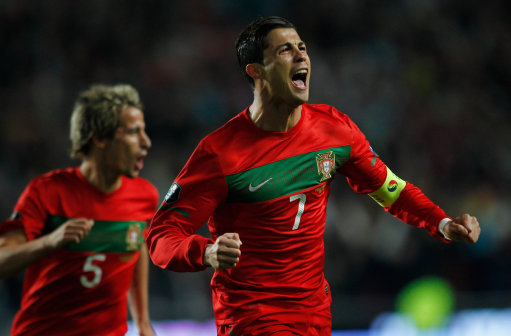 A couple of superb first-half strikes from one ex-United player and one current United player calmed the Portuguese nerves in the (real) Stadium Of Light last night.

With the score stuck at 0-0 after the first-leg between Portugal and Bosnia-Herzegovina, a place in the Euro 2012 finals was up for grabs, but a fantastic Ronaldo special from a free-kick followed by a magnificent Nani effort laid the foundations for a comfortable 6-2 thrashing of the visitors.

With all the big European sides present, next summer’s tournament could well be a memorable one.