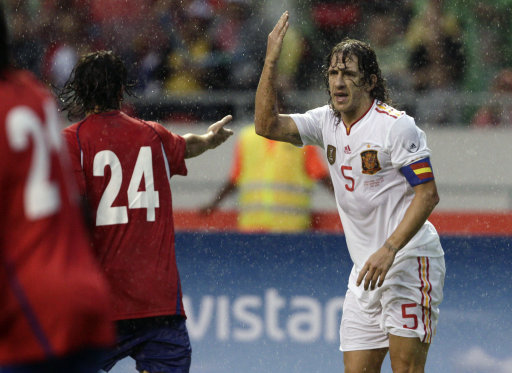 Spain are in meltdown! Del Bosque out! Well, not really. Although you wouldn’t put that kind of reaction past the UK tabloids if it were England.

The world champions found themselves two goals down in their friendly in Costa Rica, with Arsenal striker Joel Campbell, currently on loan in France, netting a superb second. However, unlike their performance at Wembley, the Spaniards managed to conjure up some end product to all that tippy-tappiness,

Eventually the two diminutive Davids, Silva and Villa, restored some pride for La Roja, with the game ending 2-2.

Check out the highlights below and laugh at Iker Casillas’ howler for the first goal and also the bizarre use of morse code on the soundtrack when a goal is scored.