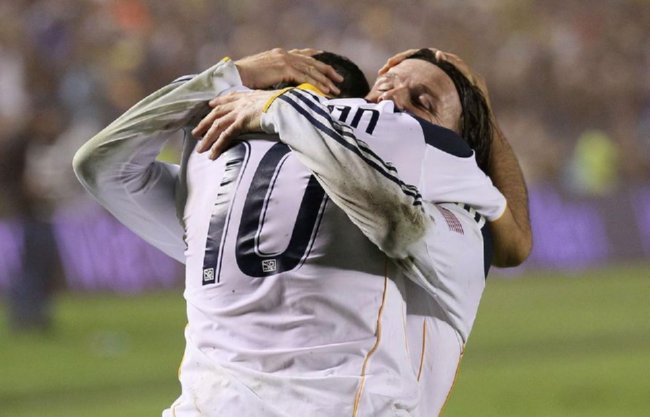 David Beckham, to Robbie Keane, to Landon Donovan. Goal. Trophy. It sounds like something from a ridiculously tawdry soccer movie, but Donovan’s goal was enough to snare the MLS Cup in front of a record crowd at the Home Depot Centre in Los Angeles – landing Becks, who had to overcome injury and illness to play, with his first Stateside silverware in what is looking increasingly likely to be his last competitive match for the Galaxy (his contract expires next month, after a tour of Indonesia and the Philippines).

As for Keane, it’s not been a bad old week for him either – captaining his country to the European Championships a few days before landing the MLS title in his debut season.