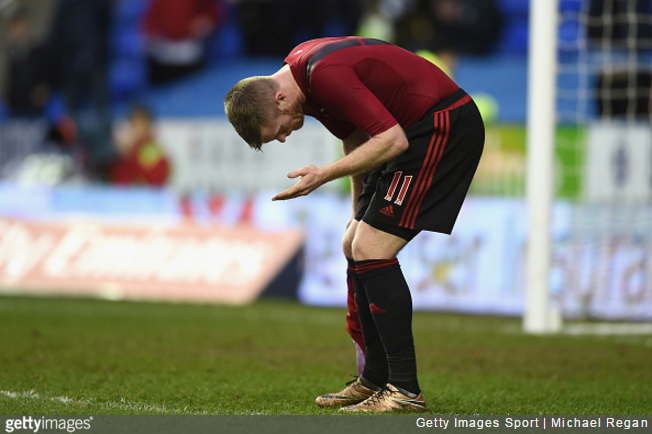 West Brom supporters are planning to collect money to give to a charity of Chris Brunt’s choosing after the Baggies stalwart was hit by a coin thrown by his own fans after Saturday’s FA Cup defeat against Reading.

Brunt was the only West Brom player to go over and applaud the travelling fans for their dedication, but his humble gesture was curtailed when a coin was lobbed into his eye.

The Northern Ireland midfielder later said he was “disgusted” and “ashamed” at the incident.

However, a group of Albion fans are now seeking to make amends on behalf of the moron responsible, and will therefore hold collections in and around The Hawthorns before Saturday’s Premier League game against Crystal Palace.

We want to show Albion fans are not all like that. I was angry with the result but no way would you throw anything.

After the game, Chris was the only one who walked up to the fans and clapped them.

I was about 25 feet away from what happened. Most were clapping him back and then you get this one idiot.

Chris had given his shirt to a little girl. He didn’t deserve that to happen to him.

I have supported Albion for 50 years but I was ashamed to be an Albion fan on Saturday.

It’s been confirmed that around 30 of Debbie’s fellow supporters will be holding buckets both outside the stadium and in local pubs to raise money which will then be donated entirely to a charity of Brunt’s choice.

The club themselves have backed the drive, adding:

It’s a fan-led initiative and we are trying to co-ordinate it.

It’s got the club’s blessing and it’s got Chris’s blessing.

Top stuff, and a cracking way to forge something decent and good out of an entirely idiotic act.