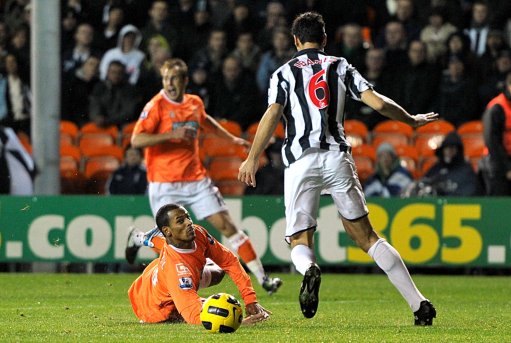 The Football Association have rescinded the red card that was shown to West Brom defender Pablo Ibanez after only 11 minutes of their Monday night Premier League fixture with Blackpool.

Referee Michael Oliver deemed that Ibanez had denied DJ Campbell a clear goal-scoring opportunity, but West Brom appealed the verdict on the grounds that there were covering defenders in the vicinity when the Blackpool striker went down in the area.

The FA have since confirmed that Ibanez’s claim for wrongful dismissal has been upheld by an independent regulatory commission and that the Spaniard’s automatic one-match ban has been withdrawn with immediate effect, thus meaning he will be available for Sunday’s game against Manchester City.

Justice has indeed been done.