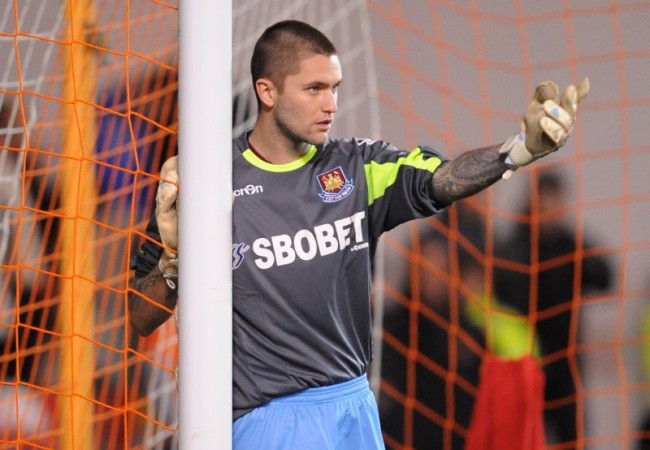 West Ham hauled themselves back to the top of the Championship last night with a resounding win over Blackpool at Bloomfield Road, despite having to play for more than half-an-hour with midfielder Henri Lansbury betwixt the sticks.

With West Ham already 2-1 up through James Tomkins and Nicky Maynard, Rob Green was dismissed in the 53rd minute for chopping down Roman Bednar outside his area and, with no reserve ‘keeper named, Lansbury was left to take up the gloves for the rest of the match.

However, bar a Kevin Phillips’ shot that pinged off the post, Lansbury went completely untroubled – that’s how monumentally bad Blackpool were – and West Ham even managed to nab themselves a couple more goals courtesy of Gary O’Neil and Ricardo Vaz Te.