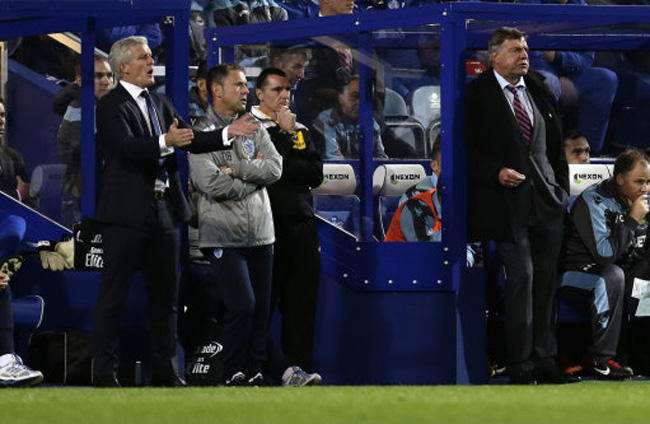 Following this disappointing home defeat at the hands of West Ham, Mark Hughes’ QPR side now sit rock-bottom of the Premier League, with just two points accrued from six games.  Despite having flashed the cash during the summer, Hughes is seriously struggling in the Loftus Road hot-seat.

Defender Winston Reid was also knocked out cold (accidentally) but eventually walked off the pitch himself.

After the break, the home side did rally, and were rewarded for their improved performance with an Adel Taarabt goal. However, the sending off of Samba Diakite (not for the first time) late on helped Sam Allardyce’s men to hang on.

West Ham move into seventh spot while Rangers remain without a win. Is it to early to start talking about Mark Hughes’ (arguably waning) job security?