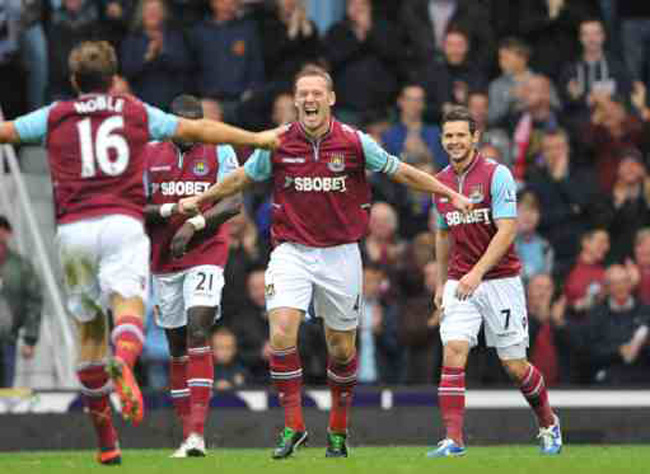 A Mark Noble set-piece brace, courtesy of a free-kick which really shouldn’t have evaded the the entire Southampton defence, and a spot-kick helped the Hammers on their way to a decent win over fellow new-boys Southampton.

All the goals came in the second-half, after the Saints had impressed in the first 45. However, once again Southampton’s defensive frailties appeared, with Nobel’s brace, along with goals from Kevin Nolan and Modibo Maiga securing another victory for Sam Allardyce and co. Adam Lallana did get one back for the Saints, but it made feck all difference in the end.

While the Hammers look comfortable back in the top flight, Nigel Adkins’ Saints will need to improve if they are to steer clear of a long and painful relegation battle this season.