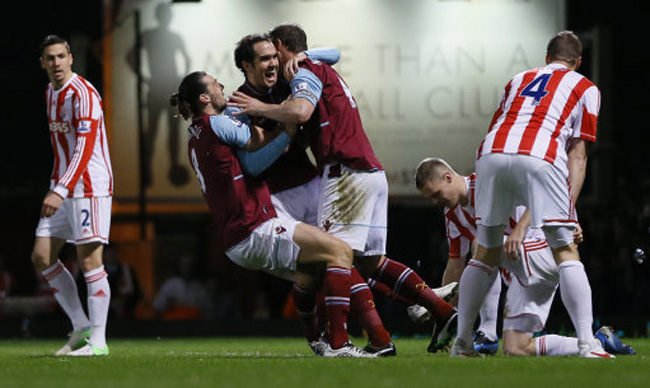 This was never going to be the most aesthetically pleasing 90 minutes, but in the end, this clash of two exponents of the long-ball game produced enough moments of excitement to keep the Upton Park crowd entertained on a Monday night.

The Potters opened the scoring on 13 minutes, through Jonathan Walters, as the Hammers struggled to get into the game early on. Indeed, the hosts were lucky not to go in at the break more than one goal down, with former Blackburn enforcer Steven N’Zonzi seeing his effort come back off the bar late on in the first half.

After the break, Sam Allardyce’s men fought back and found themselves level after just three minutes of the restart, courtesy of a rare Joey O’Brien goal (his first ever in the Premier League), fired in from close-range.

Both sides pushed for a winner but ultimately a draw was probably a fair result. The Hammers stay seventh while Stoke find themselves in 14th spot.