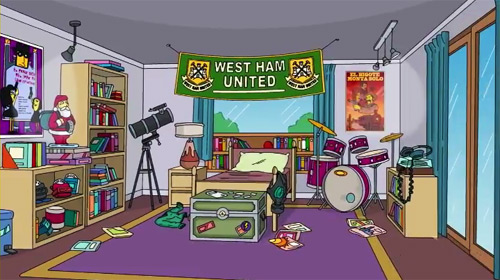 West Ham have finally made it; they’ve been name-dropped on The Simpsons – thus joining the likes of Pele and both the Ronaldo brothers: ‘Cristiano’ and ‘Fat’, who have all been redrafted in horribly jaundiced form by the hit comedy.

A Hammers banner crops up in the latest episode, called ‘The Day The Earth Stood Cool’ (which aired in America a few days ago) in the bedroom of the Simpson’s new neighbours – a bohemian family who’s hipster son, ‘T-Rex’, naturally follows English soccer rather than any of the mainstream Yank sports.

The Premier League themselves also got wind of West Ham’s new-found Stateside celebrity, Tweeting via their  official account: “West Ham United were delighted to be featured in The Simpsons’ episode ‘The Day The Earth Stood Cool’!”

Quite frankly, we don’t see what all the fuss is about. James Collins has been guest-starring in The Simpsons for years… 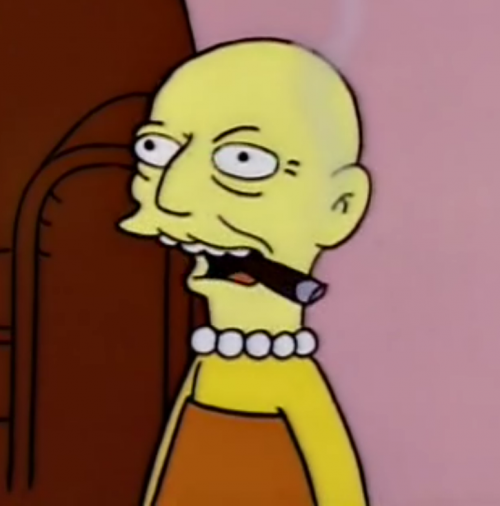