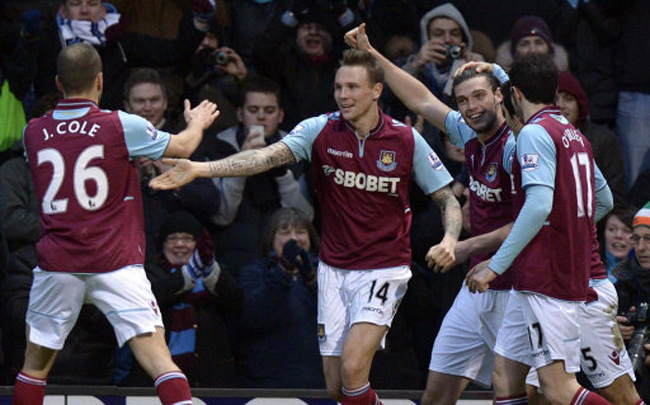 Making his first start for the Hammers since November, Andy Carroll netted the only goal of the game at Upton Park on Saturday.

Swansea ‘keeper Gerhard Tremmell had been the star of the show, making save after save as the Hammers pushed for a goal.

The Swans rarely threatened the West Ham goal, with Michu going closest with a header in the second period. However, in the end, it was Liverpool loanee who would make the difference, leaping high to head home on 77 minutes.

Jonathan De Guzman came close to levelling the scores late on for the visitors, only for Jussi Jaaskelainen to produced a fine save. But ultimately it was the home side who would take all three points.