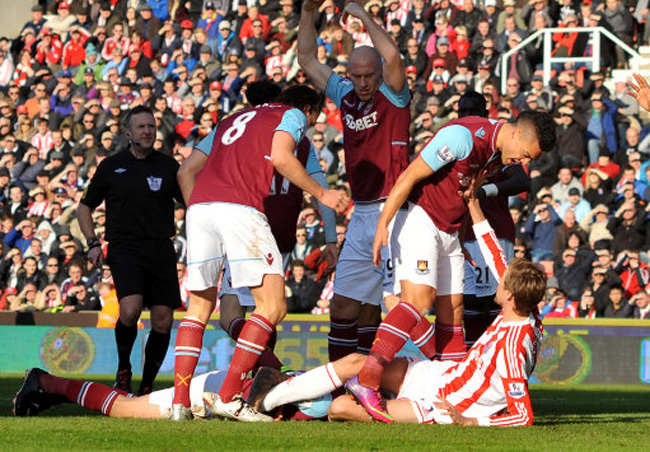 With Tony Pulis going head to head with Sam Allardyce, this was never going to be an exhibition game. Both sides battled hard for the win but ultimately it was the Hammers who would come away with all three points.

West Ham were forced into to very early changes, when both Matty Taylor and Joe Cole had to come off with only 11 minutes played. However, their replacements, Jack Collison and Ricardo Vaz Te would eventually fashion the only goal of the game, with Vaz Te setting up midfielder Collison who fired based Asmir Begovic.

That goal came on the stroke of half-time and was a fair reflection on the balance of play. However, in the second period, the Potters rallied and came close on a number of occasions, with Charlie Adam seeing his effort crash back off the crossbar. But ultimately, it was the Hammers who would take all three points.

West Ham now sit in 12th place in the table, level on points and a place below Stoke, who have now lost six of their last eight league games.