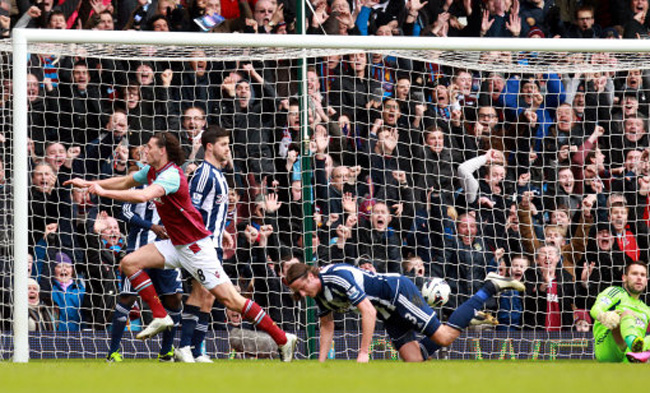 Andy Carroll was in superb form at the Boleyn Ground on Saturday, bagging a brace and giving the Baggies’ backline a rather torrid afternoon.

West Brom started the stronger but Carroll’s opener on 16 minutes set the tone for the rest of the game, with Gary O’Neil doubling his side’s advantage before the break. Carroll made it 3-0 late on before Graham Dorrans notched a consolation strike from the penalty spot.

There was still time for Youssouf Mulumbu to lose the plot completely and lash the ball at O’Neil after he was fouled, a ludicrous act which unsurprisingly earned the midfielder a red card.

The Hammers are now six points clear of danger and look safe while West Bromstay in eighth.