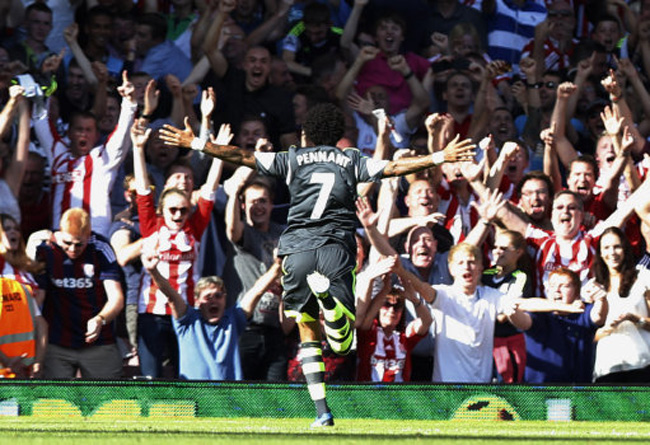 Jermaine Pennant netted his first-ever Premier League direct free-kick goal on Saturday to secure a precious victory for Stoke at the Boleyn Ground.

The goal came on 82 minutes after what had been a mainly drab game with Mark Hughes’ Potters producing most of the best chances. Jussi Jaaskelainen was once again in top form, keeping out efforts from Irish internationals Marc Wilson and Jonathan Walters .

In the second-period, both sides again struggled to find their best form but sub Pennant superb free-kick eventually separated the two sides. That goal secured Stoke’s second league win in a row while Sam Allardyce’s Hammers suffered their first defeat of the fledgling campaign.