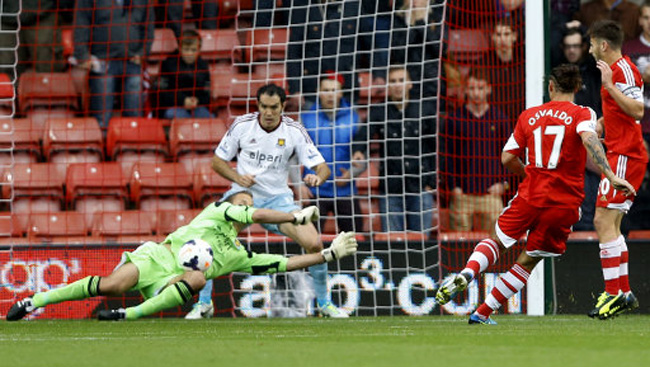 Jussi Jaaskelainen was the star of the show for West Ham on Sunday afternoon with the Finnish ‘keeper keeping the Hammers in a game which was dominated by the Saints.

Dani Osvaldo, Morgan Schneiderlin and Rickie Lambert all went close while West Ham struggled to create much at all. Still, Sam Allardyce will be by far the happy manager tonight.