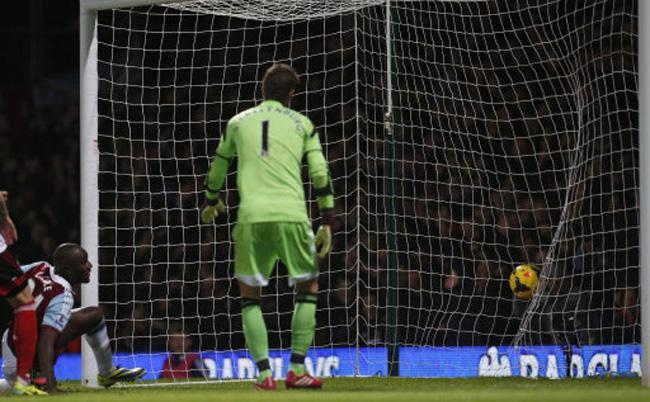 Martin Jol saw his side easily beaten at the Boleyn Ground on Saturday with the Dutch tactician now in serious danger of losing his job.

While the Cottagers struggled to create any chances, the Hammers, playing with an actual striker this time (Modibo Maiga), totally dominated. However, the goals didn’t come until the second-period, with Mo Diamé’s deflected effort beating Maarten Stekelenburg in the Fulham goal. Subs Carlton and Joe Cole then added to the scoreline which could have been far worse for Jol and co had it not been for a number of fine saves from Stekelenburg.