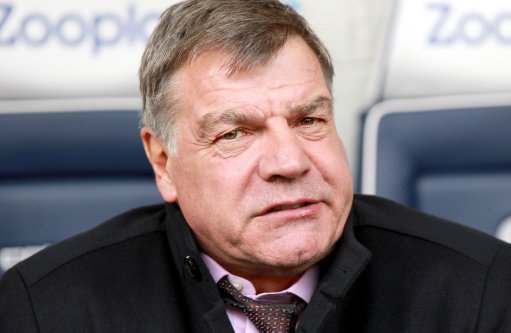 New strain has been placed on the already rickety relationship between West Ham boss Sam Allardyce and the club’s higher-ups after co-owner David Gold dropped a hefty old clanger on Twitter yesterday.

Gold publicly “favourited” (i.e, saved for posterity) the following Tweet, directed at him by a disgruntled Hammers fan…

As the Daily Telegraph are reporting, Gold unfavourited the tweet earlier this (Tuesday) morning, but nothing ever disappears from the internet entirely, and the intrepid fellows over at Eurosport managed to snaffle a screenshot of the Tweet in Gold’s favourites list before he erased it… 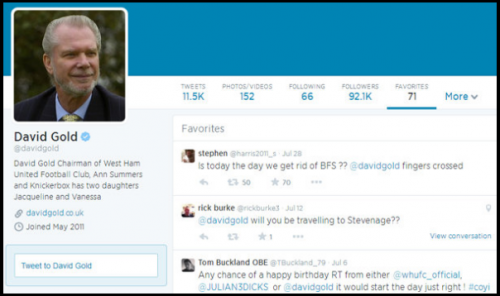 Once again according to the Telegraph, a source close to Allardyce has confirmed that the West Ham manager is aware of Gold’s gaffe and is “stunned, surprised and shocked” (the holy trinity) at the disrespect being shown to him.

We should bloody well coco. Can you imagine the furore that would’ve erupted had Allardyce favourited a disparaging Tweet about West Ham’s seedy owners?

Safe to say he’d be out on his regally-proportioned posterior by now.

UPDATE: It was jet-lag’s fault…

After a 33 hour flight from New Zealand, I was in my car scanning through my tweets and it seems I accidently favourited one (1/3)