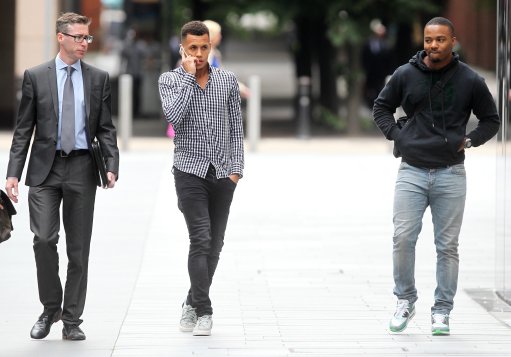 A court has heard today that Ravel Morrison once threatened to throw acid in the face of his ex-girlfriend, Reah Mansoor, as well as threatening her life on multiple occasions.

Morrison was initially arrested and charged with two counts of common assault after allegedly punching and slapping Miss Mansoor, 19, and her mother Parveen Mansoor, 39, in the early hours of 27th July in Salford.

This morning, the ever-loveable West Ham midfielder appeared at Manchester magistrates’ court, where an allegation of a four-year harassment campaign against Miss Mansoor was tacked on to the charges.

As well as threatening to throw acid in her face, the court also heard that Morrision had previously threatened to blow up his ex-girlfriend’s house and “have her killed”. Lovely.

The court heard the additional charge of causing his ex-girlfriend to fear violence would be used against her spanned the period from 1 January 2010 to 20 July this year. The charge alleges he threatened to throw acid in her face, blow up her house and have her killed and other threats of violence.

David Fish QC, representing Morrison, indicated the defendant would be pleading not guilty to the charges. District judge Khalid Qureshi bailed Morrison to appear at Manchester crown court for a preliminary hearing on 28 August.