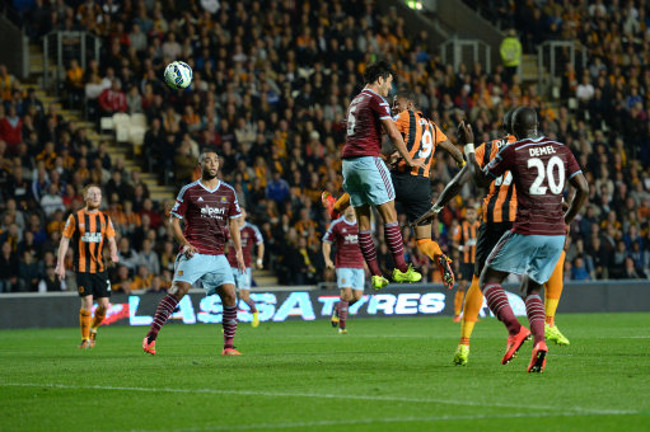 South American summer-signings Abel Hernandez and Enner Valencia both got on the scoresheet at the KC Stadium on Monday night in what was a cracking clash.

Hull new-boy Hernandez headed the hosts into the lead just before half-time but soon after the re-start, World Cup star Valencia leveled for the Hammers. courtesy of a cracking effort

As often happens, it was an former West Ham player who netted next for Hull, when Mo Diamé put the Tigers back in the lead just after the hour-mark. However, on 67 minutes a Curtis Davies own-goal made it 2-2, with both sides ultimately getting a share of the points.