Revolutionist dipstick Russell Brand was in the crowd (well, sort of – more on that shortly) for West Ham’s shock 2-1 win over Man City at Upton Park this afternoon, and showed his gratitude to Big Sam for masterminding the heroic victory by showering the Hammers manager with kisses during his post-game interview…

Doesn’t seem too long ago the majority of Hammers fans wanted Allardyce strung up and catapulted beyond the city limits, Rex Banner-style.

As for Brand, where did the hero of the proletariat watch the game? Down amid the working class hustle and bustle of the great unwashed; among his people?

Nope. From his own, private executive box, of course… 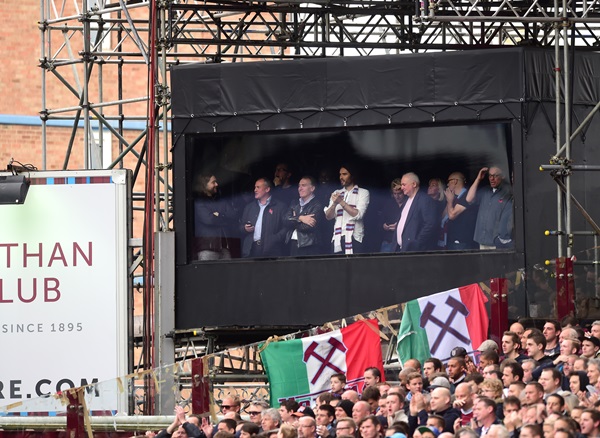