Some might say it couldn’t have happened to a nicer fellow, but the studs up challenge which poleaxed Leicester City’s Jamie Vardy on Saturday was definitely worthy of a red card. West Ham ‘keeper Adrian was the aggressor, coming after the Spaniard had gone up for a corner in stoppage time. 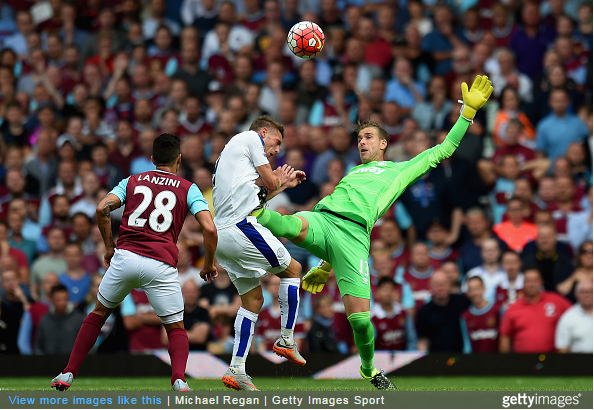 Ironically, Vardy, who had been fined by the Foxes in the week for allegedly racially abusing a Japanese man in a casino, had provided an assist for none other than Shinji Okazaki earlier in the game.

A Riyad Mahrez goal put the visitors to the Boleyn Ground 2-0 up before Dimitri Payet pulled one back for Slaven Bilic’s side in the second-half. And then, at the death, Adrian’s attempts to bag an unlikely equaliser ended in pain and misery, for both him and Vardy…