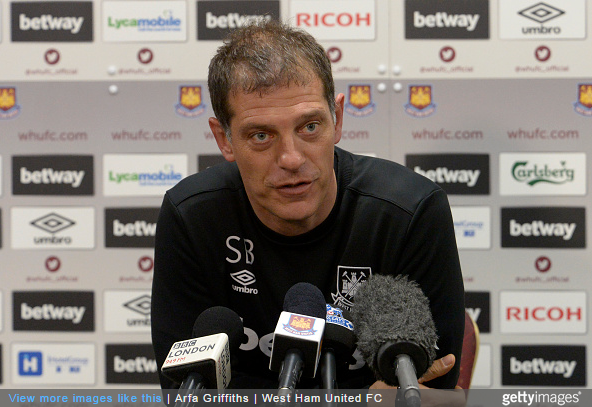 With mass terrace protests scheduled to take place up and down the football pyramid this weekend, the ‘Twenty’s Plenty’ ticket price campaign is certainly beginning to gather real traction.

As football fans of ordinary means continue to be milked dry and priced out of the sport they so dearly love, the FSF-driven campaign is calling for all away tickets in England and Wales to be capped at £20.

Indeed, West Ham manager Slaven Bilic was asked about the fan movement during his weekly press conference, to which the Croatian replied:

Football is not golf or polo for VIPs, for the elite. Football is the people’s sport, it is a sport for the masses.

It shouldn’t be a privilege to be able to go by yourself, with your mates, your girlfriend, your wife or kids to a football game. It should be there for everybody.

On the other hand you have the clubs and teams who are building new stadiums.

They invest big money in those great stadiums, they want money back and put the ticket prices up.

For me they should find a balance because the fans are very important for this sport.

You see fans in every sport but football games are not just about the quality of the game, they are about the atmosphere at the ground – and that is created by the fans.

So you need fans. Without the fans, it’s useless. It shouldn’t be a privilege for some people to take their kids – everybody should be able to do that.

Hear hear. Nice to hear a prominent Premier League personality actually clamber down off the media-trained fence for once.