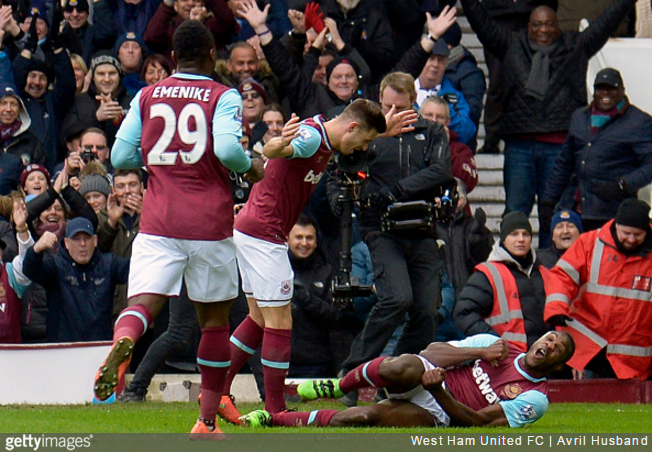 After a making start to his West Ham career so slow that owner David Gold felt the need to put out a missing persons plea for him, Michail Antonio has found himself in amongst the goals since the turn of the year.

The former Nottingham Forest winger has notched six times for the Hammers since the end of December, laying on some intricate celebrations to match – the ‘Homer Simpson March‘ being just one example of his ever-expanding oeuvre.

Indeed, Antonio penchant for post-goal revelry has been put to good use by West Ham, who now have him teaching celebration master-classes specially designed for young Hammers fans.

The Homer and The Carlton Banks. Watch and learn 😂😂

How sweet was that? And what a thoroughly decent chap Antonio seems like too, engaging so naturally with the kids that idolise him.

It doesn’t sound like much, but you really don’t see it that often in the upper reaches of the game any more.

Good stuff all round.