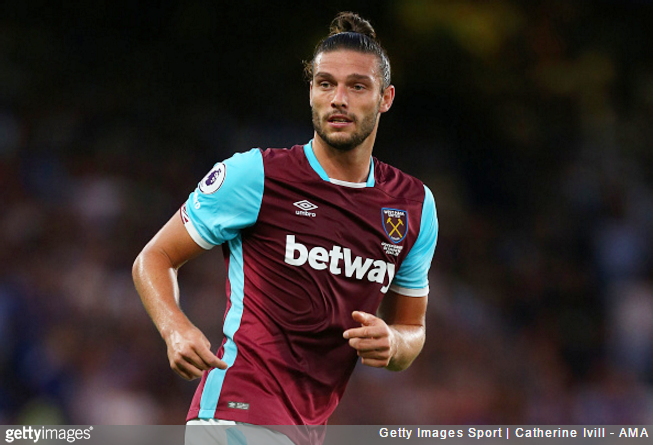 Coming as a surprise to absolutely nobody, Andy Carroll has succumbed to injury once again after being ruled out for the next six weeks with an acute case of knee knack.

Indeed, the West Ham battering ram took to Twitter to sign off for the next month and half and in doing so made the mistake of referring to himself as “the 15-20 goal man”…

Of course, this bold claim pricked up the ears of many an amateur statistician who, almost in unison, emitted a collective “huh?” in response to Carroll’s declaration.

Actually, a cursory glance at his career performance data reveals that Carroll has never once scored more than 15 goals in the Premier League.

In fact, the 27-year-old striker has only ever reached double figures in the top flight once before – peaking with 13 goals in 2010/11, with his total tally split between Newcastle and Liverpool having left the former to join the latter half-way through the season.

The only time he entered the 15-20 goal bracket was in 2009/10, after Newcastle were relegated to the Championship… 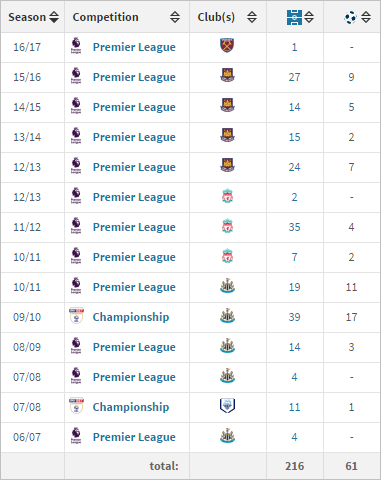 Nice try Andy. It’s just unfortunate that people are keeping a record of this kind of thing.