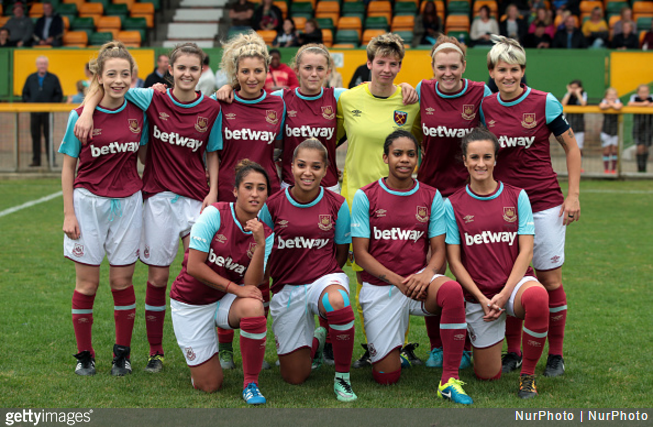 West Ham have been accused of flouting the FA’s rules on gender discrimination… by the chairman of West Ham ladies’ team.

Indeed, team chairman Stephen Hunt has lodged a formal complaint with the FA after wrangling with the club for months over funding and facilities to no avail.

Speaking to BBC Sport, Hunt argued that the Hammers deserve to be fined for not “acting like a 21st century club” before going on to catalogue the farcical conditions that the ladies’ side are currently operating under.

He claimed that West Ham had prevented the team from being able to source their own sponsors, and that funds are running low because they’ve been made to buy their own kit.

He also said that the ladies’ team, who play in the third tier of the womens’ game, are being forced to “train by the side of the road” after the club prevented them from using their gym.

Not only that, but they are currently having to make do without a team physio or bus and play in last season’s kit with the names crossed out due to lack of funds.

Hunt also alleged that the club had promised to send him a cheque to cover the costs but that no money had materialised as of yet.

I think West Ham have breached the underlying objectives of the FA to promote equality and grassroots football at all levels.

Initially, what I thought was a lack of interest I now understand is a positive intent by senior people at West Ham to block the growth of West Ham Ladies.

It’s beyond negligence, it is trying to starve us of any sort of funding.

West Ham, for the record, counter-claim that they are preparing to take over the running of the team on the basis that Hunt”threatened the club” on more than one occasion and is “refusing to align” with their principles.

They released a statement in response to Hunt, claiming that they are fully dedicated to “supporting, nurturing and facilitating the women’s game”:

The day-to-day management of West Ham United Ladies FC was transferred to a third party some time ago and unfortunately it is an arrangement that has simply not worked.

Mr Hunt has refused to align with West Ham’s principles throughout his tenure as chairman and has, on a number of occasions, threatened the club.

The club have been working for some time on plans to take West Ham United Ladies FC ‘in house’ and, in light of Mr Hunt’s most recent deeply concerning comments, we will now be seeking to do so at the earliest opportunity.

We will, of course, seek to maintain the current West Ham United Ladies FC squad personnel where possible, and provide them with the best possible support and management moving forward.

As a result of this, women’s football at West Ham United will become bigger, better and stronger, as we continue our commitment to the growth and development of the women’s game, both on and off the pitch.

When contacted again by BBC Sport, Hunt denied having ever threatened the club, adding that he’d be perfectly happy to hand over the running of the team to the club provided he receives concrete “guarantees and assurances” that the ladies will be looked after properly from now on.

Come on Goldivan, do the decent thing here. 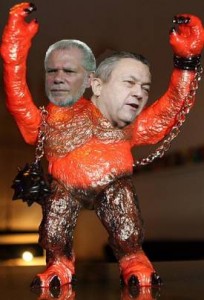