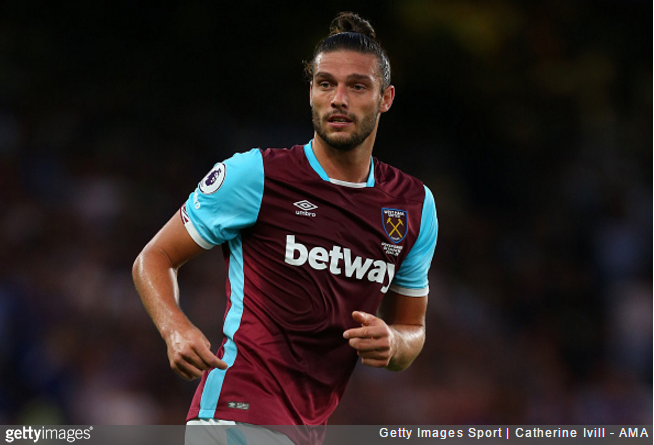 West Ham manager Slaven Bilic has confirmed that Andy Carroll is “okay” after the striker was reportedly held at gunpoint while driving home from training on Wednesday afternoon.

According to the Guardian, Carroll was targeted by armed motorcyclists who stopped him at a nearby junction and demanded he hand over his watch.

Carroll then hurtled away in his car, returning to West Ham’s Rush Green training ground to seek the assistance of the security staff. Police are now investigating the incident.

Speaking to the press the following morning, Bilic began by assuring everybody that Carroll acted “bravely” during the ordeal and that the 27-year-old has emerged unscathed:

He [Carroll] was brave because they asked for his watch with a gun, and he put the pedal down and he didn’t want to give him the watch.

He got chased for 15 or 20 minutes, it wasn’t like 10 seconds, so it was probably planned. I know that he was very brave to do what he did.

He came back to the training ground and it stopped. But he’s good, he’s OK, he’s not in shock and he acted as a really brave man.

Indeed, it would appear that Carroll brushed off the alarming event without so much as a second thought, with Bilic adding:

We’re all asking him the questions about it and he’s smiling, he’s not in a state of shock. Of course he’s in a good environment now he knows its not going to happen now.

When we heard it yesterday of course we were all shocked. Sometimes you hear about that happening in a foreign country, but it’s happening far away, but not England so we were all like ‘here in London how is that possible’.

Unfortunately it is a problem.

As a result, the Hammers have taken steps to beef up their security measures, though Bilic admitted that, beyond adding extra personnel at Rush Green, there’s little the club can do to prevent rogue thieves.

What can they do? He didn’t go somewhere that it would be likely to come into those situations or problems – he just drove home from his work at the training ground to his house.

He was stopped a couple of minutes from his house so what can you do? What should they do? Live an isolated life or stop going to grocery stores or driving cars by themselves or have 10 bodyguards or whatever?

To be fair it’s very good when the players want to be linked with normal people and the fans, to mix with them in pubs and all that after the games.

The fans and the players love to feel that bond between themselves and if we lose that what’s the point in playing football at all?

Quite so, Slaven old chap. Quite so.