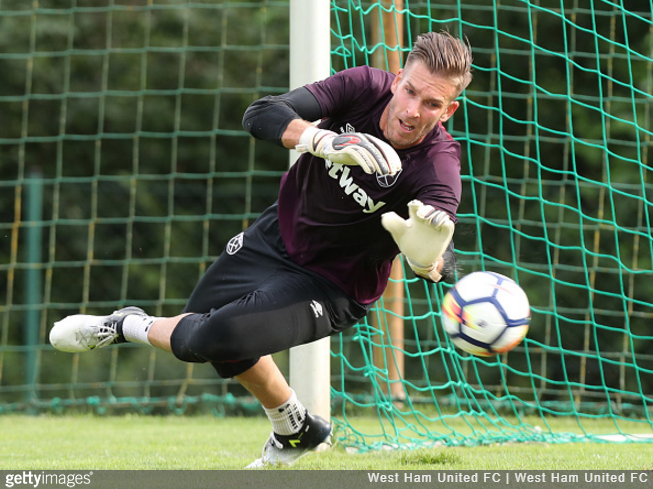 Sullivan gave an interview to the Hammers’ official website to herald the arrival of Joe Hart, lauding their time together at Birmingham City and proclaiming Hart to be “the best goalkeeper he’d ever worked with”.

He [Hart] is the best goalkeeper I’ve worked with and I fully expect him to be equally as good for us this coming season.

I have been working on this transfer for some months and to see Joe wearing a West Ham United shirt is very satisfying.

I expect him to be a great player for our club and can’t wait to see him in a Hammers shirt at London Stadium for the first time.

Joe has gone from strength to strength since his season at Birmingham, when he was voted Player of the Year, and it would not surprise me at all if he is in the running for the Hammer of the Year award come next May.

Sullivan’s impulsive assertion that Hart would automatically come in and assume ‘No.1’ and ‘Player of the Year’ status at West Ham obviously irked Adrian.

Indeed, the Spanish stopper was keen to remind the owner that he already has two other perfectly serviceable senior goalkeepers – himself and Darren Randolph – who have been slogging away tirelessly for the cause over the past few years.

Thanks for your sincerity! But you still having “two great professionals” respecting,fighting & defending this badge⚒ https://t.co/mISuWCx6Bm

Thanks for your sincerity! But you still having “two great professionals” respecting, fighting and defending this badge.

Quite right. You stick up for yourself and fight your bleeding corner, Adrian.