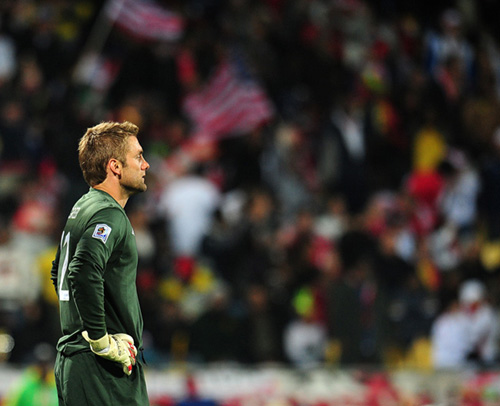 A goalkeeper’s lot is difficult one, living life on the edge, just one mistake away from ridicule. Just ask David James or indeed any current member of Arsenal’s goalkeeping squad. West Ham’s Robert Green is another glovesman currently enduring a tricky time between the posts, with his infamous fumble against the USA in the World Cup colouring his performances ever since.

However, former Liverpool and England goalkeeping great, Ray Clemence, still believes the Hammer can bounce back and challenge the in-form Joe Hart for the England No. 1 jersey:

“He’s 29. Good goalkeepers play until they’re 40. It’s not that long ago he had No. 6 (stitched in a self-depreciating joke) on his gloves and he ended up playing the World Cup. It was a difficult summer for him. It was a difficult start to the season which you can understand. But the last two games he’s played very well and looks to be getting back to where he was before the World Cup.

Rob didn’t let England down at all in the games he played going to the World Cup. There’s no reason why he couldn’t be No. 1. The problem he has got now is Joe (Hart) is the one in possession and Ben (Foster) is playing regular football, playing very well, at Birmingham.”

Clemence, now the England goalkeeping coach, spent most of his international career playing second fiddle to the great Peter Shilton and one wonders if that fate will befall Green or indeed any of the other England goalkeeping hopefuls, with Joe Hart looking very at home between the posts for the Three Lions.