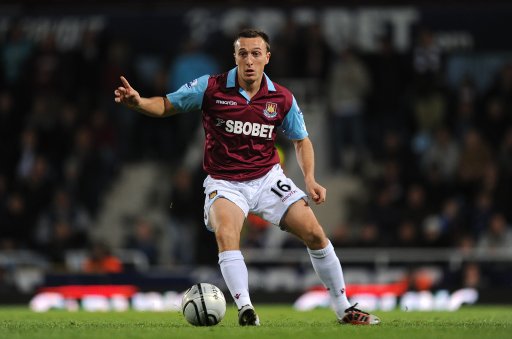 West Ham midfielder Mark Noble has been ruled out for the next month after having surgery to have his appendix removed last night.

Noble was taken to hospital on Monday evening after doubling over at West Ham’s Chadwell Heath training complex complaining of stomach pains during a session in the gym earlier in the day.

The 23-year-old then underwent an hour-long operation at a hospital in Essex and, given the usual timescale for a recovery from an appendectomy, should now be sidelined for at least the next four weeks – meaning that he is likely to miss the Hammer’s Carling Cup quarter-final clash with Manchester United as it is due to be played at some point during the week commencing November 29th.