How many players would watch that cross (sent over by Trevor Sinclair, stat fans) pinging towards them and then attempt a jaunty scissor-volley? From that angle!? Not many – no English player I can think of, anyway, with the exception of Glenn Hoddle maybe. As the commentator on this brief clip says, it’s a very special goal indeed. Shame old Paolo turned out to be a bit of dodgy salute merchant. 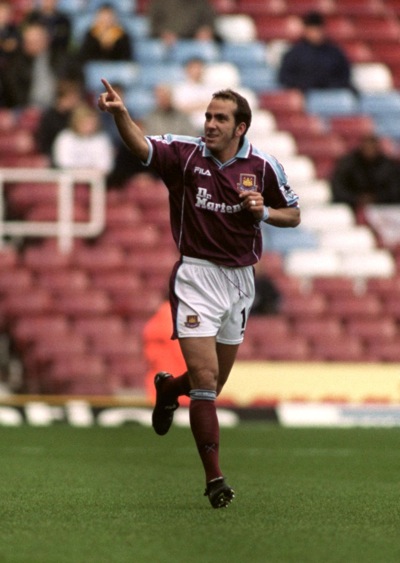 Di Canio celebrates after scoring his masterpiece against Wimbledon. He didn’t quite have the fascist salute down at this time

So, just one goal to go. We’ll post it next week. Any idea what it might be?