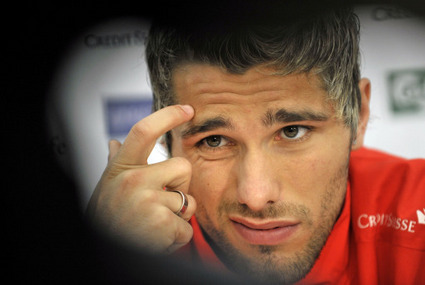 Is he any good? At 23, he has his best years ahead of him, but from what I’ve seen, West Ham have made a decent purchase. Behrami is athletic, energetic and skilful, not to mention blessed with a surfeit of self-confidence. He can play wide on the right or at right full-back – indeed, former club Lazio played him as an attacking right-back on several occasions. HIs biggest weakness would be his inconsistency – he can drift in and out of games, something you just can’t do in the Premier League – and hot head. Still, I predict he will become something of a cult figure at Upton Park. He definitely has charisma, not to mention a stunning WAG. It will be interesting to see how Alan Curbishley (mis)uses him.
YouTube evidence Scoring a stoppage-time winner in last season’s Rome derby.