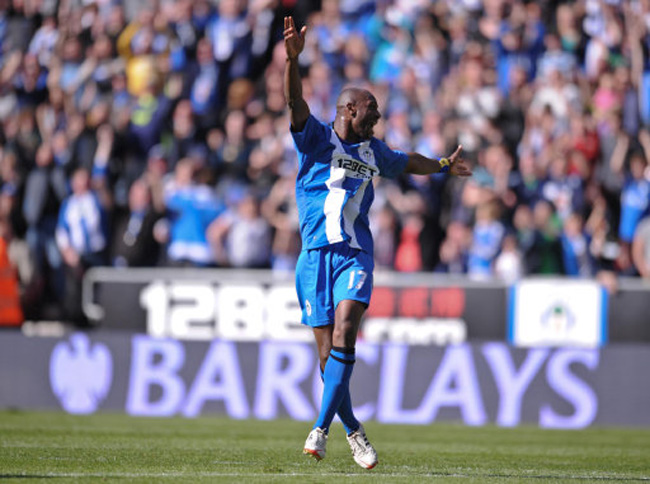 Having pulled themselves out the relegation mire before today, Roberto Martinez’s Wigan could approach this game against Wolves with the pressure off.

Terry Connor’s Wolves side opened the scoring on just nine minutes, courtesy of Matt Jarvis. However, the Latics were 2-1 ahead within the space of five minutes, with Franco Di Santo and Emmerson Boyce netting.

Boyce then struck again on 79 minutes to secure Wigan’s seventh victory from their last nine league games before Steven Fletcher bagged a late consolation goal for the visitors.

While Connor now hands over the reins to Stale Solbakken as Wolves prepare for a season in the Championship, Martinez can look forward to another term in the top tier with Wigan, unless a bigger club makes a move for the affable (if rather over-rated) Spaniard.