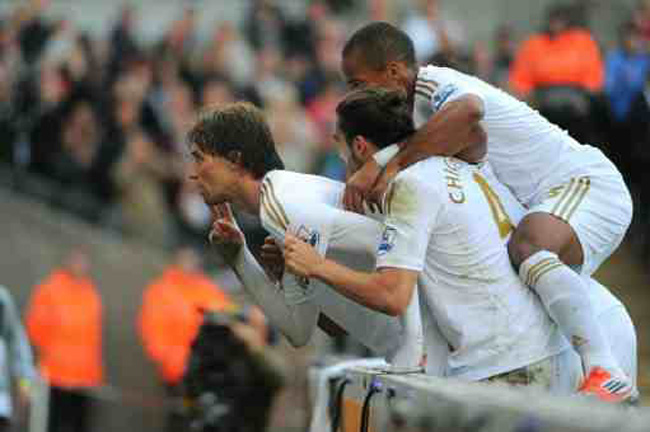 Swansea secured their first win in six games at the Liberty Stadium on Saturday, courtesy of strikes from Spaniards Pablo Hernandez on 65 minutes, and then Michu, just two minutes later. Emmerson Boyce kept the goals coming just two minutes later again, but his strike proved to be nothing more than a consolation effort for Wigan.

Despite impressing for large spells of the game, the Latics couldn’t make all their good work pay off, and with five points from eight games, Roberto Martinez could well be in for another relegation-threatened campaign. Michael Laudrup, on the other hand, will enjoy getting back to winning ways, as the Swans move to 10th in the table.