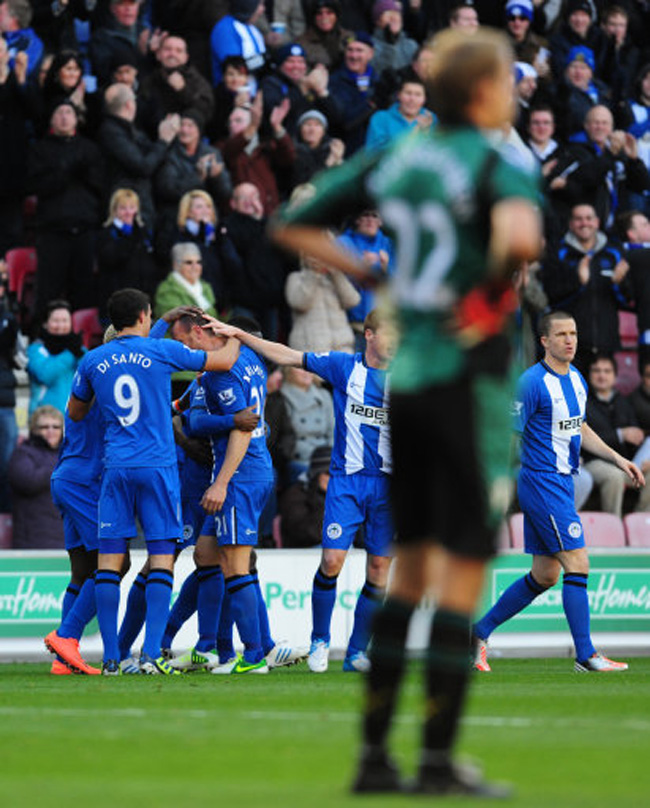 Wigan secured their first league win at the DW Stadium on Saturday after getting the better of West Ham.

Ivan Ramis opened the scoring after just eight minutes, courtesy of an outstanding volley, and for the rest of the first half the Latics bossed the game against a below-par Hammers.

The second-half was only two minutes old when the home side doubled their advantage, when James McArthur fired home after a woeful kick from Jussi Jaaskelainen.

Andy Carroll struggled to make much of an impact throughout the game and it was centre-half James Tomkins who would eventually bag a consolation striker for the Eastenders, but it came too late to make any difference in the end.

The result sees the Latics move four points clear of the drop-zone, while Big Sam’s Hammers remain in the top 10.