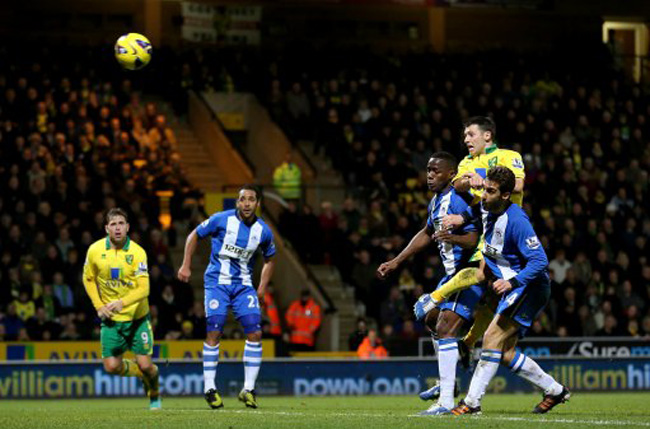 A player who is surely now worthy of a regular starting berth for the Republic of Ireland, Dubliner Wes Hoolahan was the star man for Norwich as they beat Wigan at Carrow Road.

Hoolahan set up Anthony Pilkington, another player who could end up playing for the Boys In Green, after just 15 minutes, with Pilkington lashing home his shot past Ali Al-Habsi in the Wigan goal.

The Canaries were the better side in the first-half, but the Latics got themselves back into the game early in the second half, courtesy of Shaun Maloney. Boosted by that goal, Wigan pushed for a winner. However, it was the home side who would bag the deciding goal, when Pilkington set up Hoolahan this time, crossing for the playmaker to head home.

The result sees Chris Hughton’s men extend their unbeaten run to 10 league games as they move up to seventh. Wigan, on the other hand, now find themselves in the drop-zone. Is Roberto Martinez’s luck finally running out?