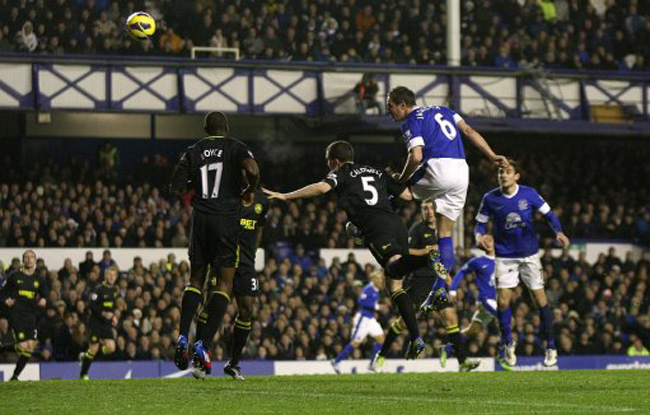 Everton moved up to fifth in the table after beating strugglers Wigan at Goodison Park, a result which sees the Toffees’ unbeaten run extended to an impressive seven games.

In what was a scrappy game, the home side had the lion’s share of possession in the first period, but failed to make the breakthrough. However, on 52 minutes, England man Leon Osman struck for Everton, with his shot deflecting off Gary Caldwell and into the Wigan net.

The Latics saw calls for a penalty (after Shaun Maloney was challenged in the Everton box) waved away by ref Lee Mason before, Phil Neville, on his 500th Premier League appearance, set up Phil Jagielka, who nodded home to make it 2-0.

Wigan failed to give up, though, and were eventually rewarded when Arouna Koné bundled home from close-range. However, that goal proved to be nothing more than a consolation as Roberto Martinez’s side lost again. Will this be the season that the Latics finally fail to beat the drop?