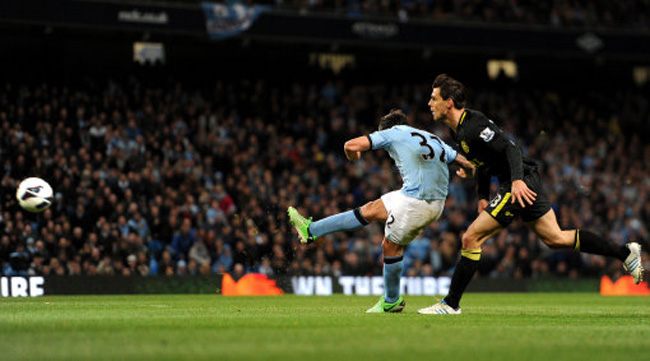 Man City kept alive their teeniest tiniest (i.e. feck all) hopes of retaining the Premier League trophy courtesy of this rather poor winning performance at the Etihard.

Carlos Tevez was the goal-hero for the Citizens, netting late on to secure the win, but for much of the game, it was the Latics who carried the greater attacking threat, with Franco Di Santo going close on more than one occasion.