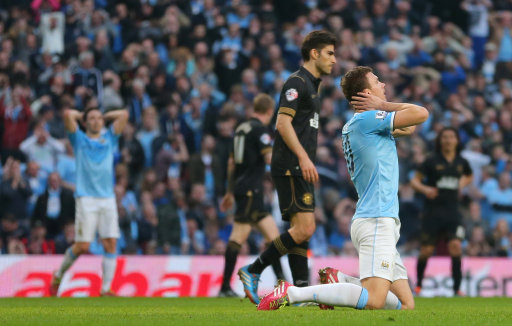 Wigan have just ousted Manchester City from the FA Cup for the second time in two years, putting on a non-shall-pass defensive display that Gandalf himself would’ve been proud of at the Etihad and escaping with a shock 2-1 victory – though it took an astounding goal-saving block from Emmerson Boyce to deny Edin Dzeko tapping home with just a few minutes left to play.

Gary Lineker has already branded it the “block of the decade” – not “century”, as first (over)stated – over on Twitter and, quite frankly, it’s hard to disagree…

So, Dave Whelan is going back to Wembley – where, we think we’re right in saying, he once suffered a fairly significant injury of some description back in his playing days.