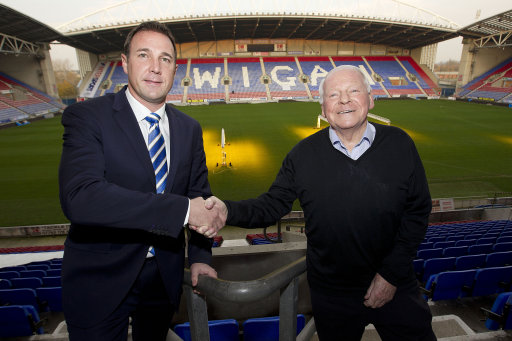 We think it’s fair to say that Wigan Athletic are having a bit of a shocker at the moment.

Not only have the Latics seen one of their shirt sponsors pull out after hiring Malky Mackay while the Scot is still under investigation for alleged racism over “Gay Snake-gate”, but owner Dave Whelan also went ON THE RECORD in an interview with The Guardian yesterday to call all Jewish people greedy.

Asked if he deemed Mackay’s comment about Jewish football agent Phil Smith (“Nothing like a Jew that sees money slipping through his fingers.”) was offensive, Whelan defended his new manager – arguing that his comment wasn’t offensive as Jews do love money, just like everybody else loves money.

“Jewish people chase money more than everybody else,” Whelan blathered.

After it was flagged up by the rest of the entire world that Whelan’s comments were a little on the spectacularly crass side, the 77-year-old issued an apology.

“If I have upset one person, I apologise,” he later told BBC Sport’s David Ornstein.

“All I was trying to say was that Jewish people are very similar to the English people in the desire to work hard and get money.

“I didn’t think I did anything wrong in that.”