“Knowing me, knowing you is the best I can do…”

Presenting what surely must be the Groupon offer of a lifetime: 42% off your chance to see Big Sam and Malky Mackay in conversation with pointy-chinned Sky Sports News waffler Adam Leventhal in the opulent surroundings of Gibson Hall in London WITH A THREE COURSE MEAL (at Big Sam’s insistence). 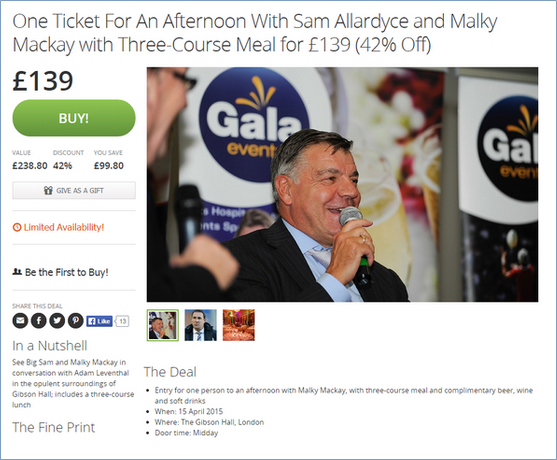 Then after show it’s the after-party, then after the party it’s the hotel lobby… 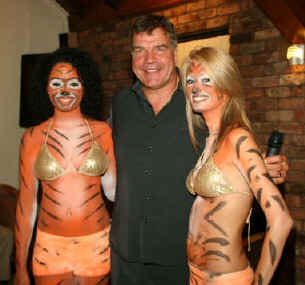 Hope Malky tells us the one about the gay snakes. That’s our favourite.