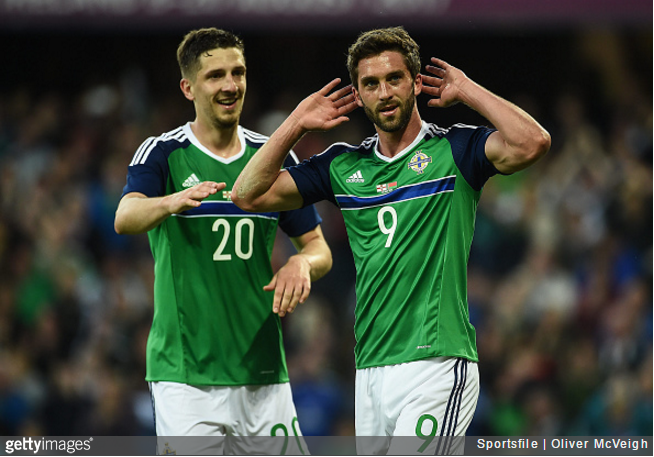 Remember, not so very long ago, when we brought you news of the Wigan fan who landed himself a complimentary season ticket for concocting a chant about Latics striker Will Grigg that proved an instant hit with his fellow supporters?

That fan was Sean Kennedy, who lifted the melody from mid-90s dance classic ‘Freed from Desire’ by Gala to create his masterpiece – ‘Will Grigg’s On Fire, Your Defence Is Terrified’…

Well, as a marker of how successful Kennedy’s chant has become, it is now within spitting distance of cracking the Top 10 over on the iTunes chart after it was released as a charity single recently.

Indeed, AOL.co.uk are reporting that DJ Kenno’s little ditty is mixing it with the likes of Beyonce, Drake and Rihanna at the top end of the chart, coming in at number 11 in the mid-week run-down… 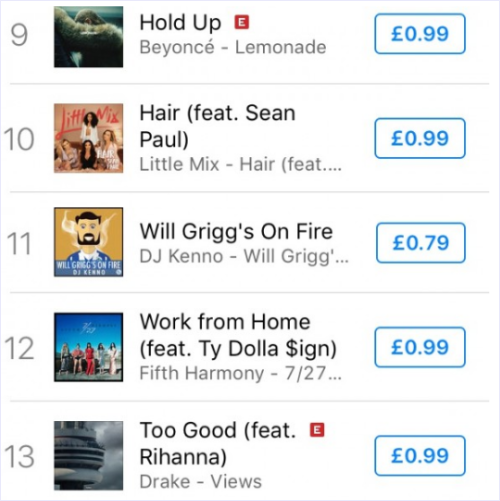 The song has been produced with an assist from London-based band Blonde, with all proceeds going to Joseph’s Goal – a local charity in Wigan set up to support children who suffer with Non-Ketotic Hyperglycinemia, a rare generic disorder.

“It’s brilliant, people are singing it all over the place and we’re getting really positive feedback from it as well,” Kennedy told AOL.

“I’m just happy it’s something I’ve done to help. I was just sat doing a daft video – I’ve done plenty before – and it’s caught on with everybody.”

It sure has. In fact, the single version of the Will Grigg chant is available here, should you wish to add it to your playlist.