Wigan winger Ryan Colclough scored a rare old hat-trick on Tuesday night, with two goals coming in a 3-0 win over Doncaster at the DW Stadium and the third coming in the maternity ward at the hospital down the road.

Colclough netted a couple of goals for the Latics before being subbed off in the 58th minute, at which point the 22-year-old went sprinting off down the tunnel to make the birth of his second child. 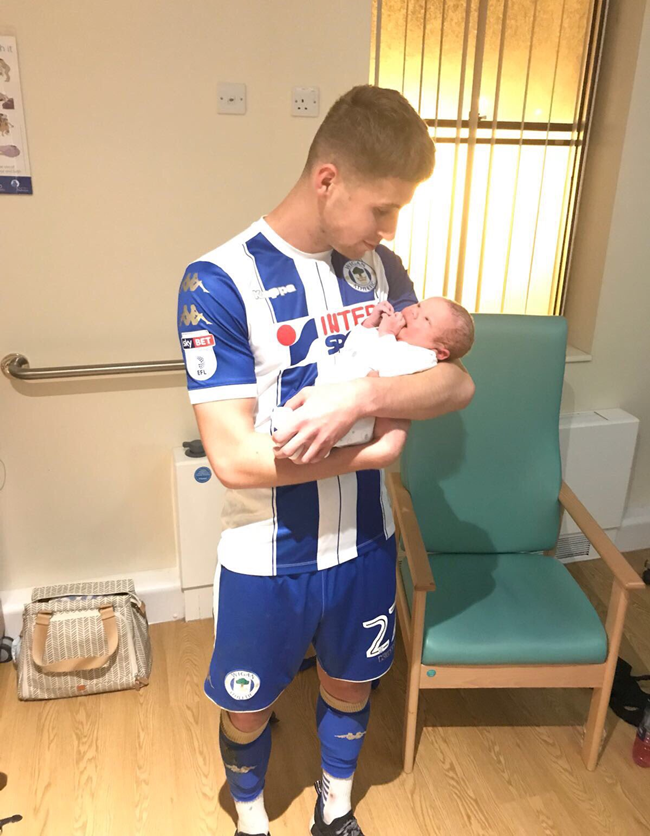 At half-time we got the message that Ryans’ missus’ waters had broken, his second child.

As soon as he got his second goal he was off the pitch, because his head was somewhere else.

We’re all men, we’re all individuals – some of the players wouldn’t have gone, they’d be still in the dressing room now!

Others want to get straight out to support their partner, and you respect every individual in what they want to do.

What a night, eh?