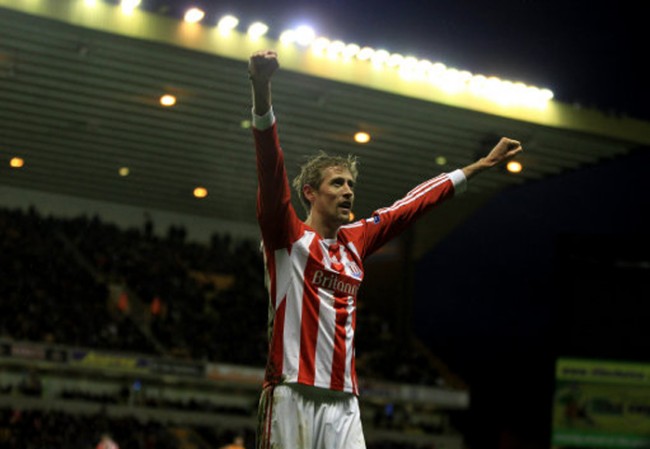 You have to hand it to Tony Pulis, you really do. For all the (often justified) criticism of his team’s tactics and style of play, Stoke continue to ground out decent results season after season, never looking like getting themselves embroiled in a relegation dogfight.

While their impressive European exploits have often taken their toll on the squad, the Potters returned from their (meaningless ) defeat at the hands of Besiktas in midweek to secure yet another Premier League win on Saturday afternoon at Molineux.

Irish midfielder Stephen Hunt had put the home side a goal up on 17 minutes after Jonathan Woodgate pulled down Matt Jarvis in the box. Hunt converted the penalty kick while soon after the labouring Woodgate was hauled off by an obviously unimpressed Pulis.

Wolves looked comfortable until just before the hour mark, when Kevin Doyle deflected a Robert Huth free-kick into his own net. Then, with 20 minutes left, Peter Crouch bagged the winner, beating Wolves’ ‘keeper Wayne Hennessey from close-range after good work from Matthew Etherington.

The Potters climb to eighth in the table while Wolves now hover just two points above the drop-zone.