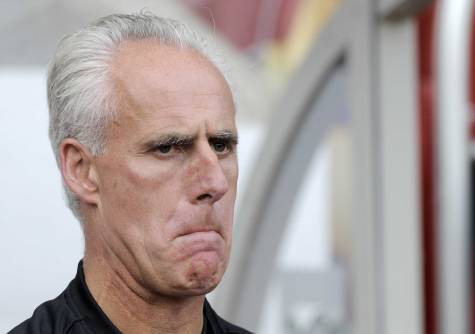 Wolverhampton Wanderers have been handed a suspended £25,000 fine by The Premier League for fielding a weakened team against Manchester United in December.

Manager Mick McCarthy made ten changes to the team with the view of resting players for the upcoming key clash with fellow strugglers Burnley – a game that Wolves won 2-0.

The official statement from The Premier League reads;

“Wolverhampton Wanderers FC have been issued with a suspended £25,000 fine after deciding that the team fielded in their league fixture against Manchester United on 15 December 2009 was not full strength and therefore in breach of Rule E20.”

I can’t help but feel this ruling is terribly offensive to the Wolves squad members who – by The Premier League Board’s logic – aren’t deemed good enough to play in the top flight.

Surely a team’s squad is in place for a reason (to rest, rotate and/or protect players) and it is no concern of the governing bodies as to which particular member of the squad is picked to play in any given game (whether it be one man brought in for a particular fixture or all eleven), unless the player in question is illegitimate for one reason or another?

It’s pretty obvious to see where The Premier League are going to draw the line with their ruling on squad rotation. Will we see the likes of Arsenal and Manchester United (who regularly rest large numbers of first team players) now start to be punished for fielding weakened or reserve teams? I somehow doubt it.

Yet again, it’s one rule for one club, another for others.