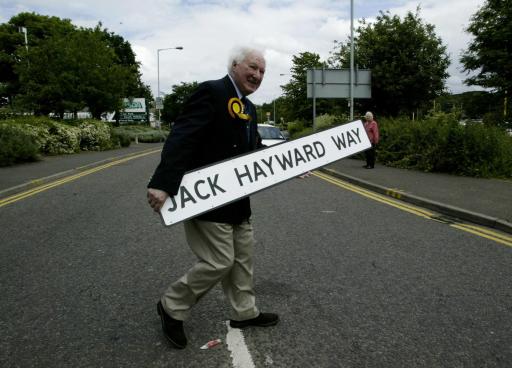 A devout fan since his childhood and now aged 91, Molineux legend Sir Jack Hayward has devoted almost all of his life (and £50million of his personal fortune) to his beloved Wolverhampton Wanderers, so it’s difficult to imagine the man who served as chairman and owner of his boyhood team for almost two decades between 1990 and 2007 ever having a cross word to say about his cherished football club.

However, the Guardian obviously thought they’d caught the Wolves chairman on an off day following the club’s promotion to the Premier League at the end of the 2002/2003 season, when they reported that Sir Jack had admonished his team as “the worst team in the First Division” shortly after their 3-0 victory over Sheffield United in the play-off final at the Millennium Stadium.

Unfortunately, judging by the subsequent “correction and clarification” that emerged after the sensational article was originally published on 11th August, it would appear that the Guardian missed out a single, but absolutely crucial letter while transcribing their tapes… 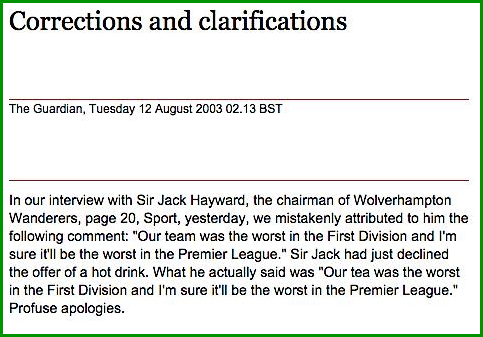 Cracking. It’s those fine details that make all the difference!

Anyway, Wolves went on to finish rock bottom of the table and were therefore relegated back to the Championship after just one year in the top flight – so maybe Hayward wasn’t too far off the first time round.

The amended version of the Guardian’s interview with Sir Jack is still available to peruse here.