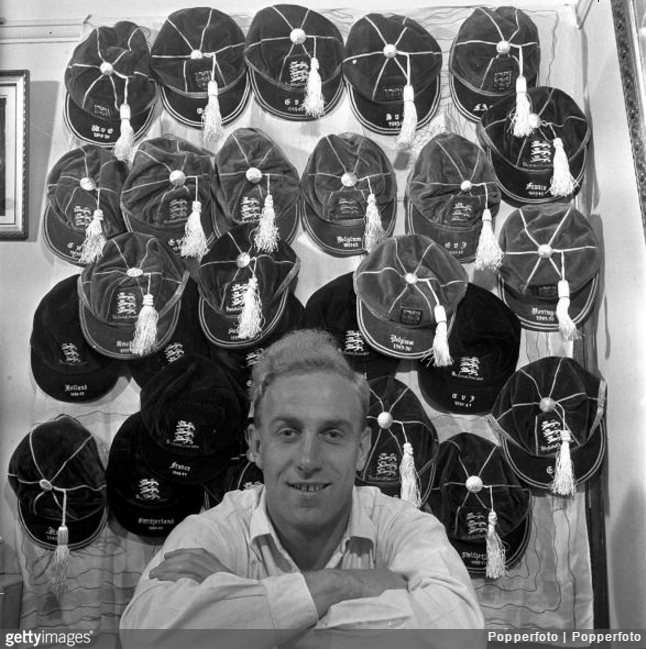 The first player in world football to make 100 appearances for his country was England’s Billy Wright, and he achieved the feat on 11th April 1959 when he appeared in a 1-0 victory over Scotland at Wembley.

He also captained England in 90 of the 105 appearances he made for his country. Perhaps more remarkably for such a combative and tough defender, he was never sent off once at either domestic or international level.

Wright was also one of the first players to become something of a cross-over showbiz personality, with his marriage to Joy Beverley of the Beverley Sisters an early portent of footballers’ fascination with pop stars.

After a brief spell in management, Wright went on to work as a TV pundit before taking the role as head of sport for the old ATV regional independent television company.